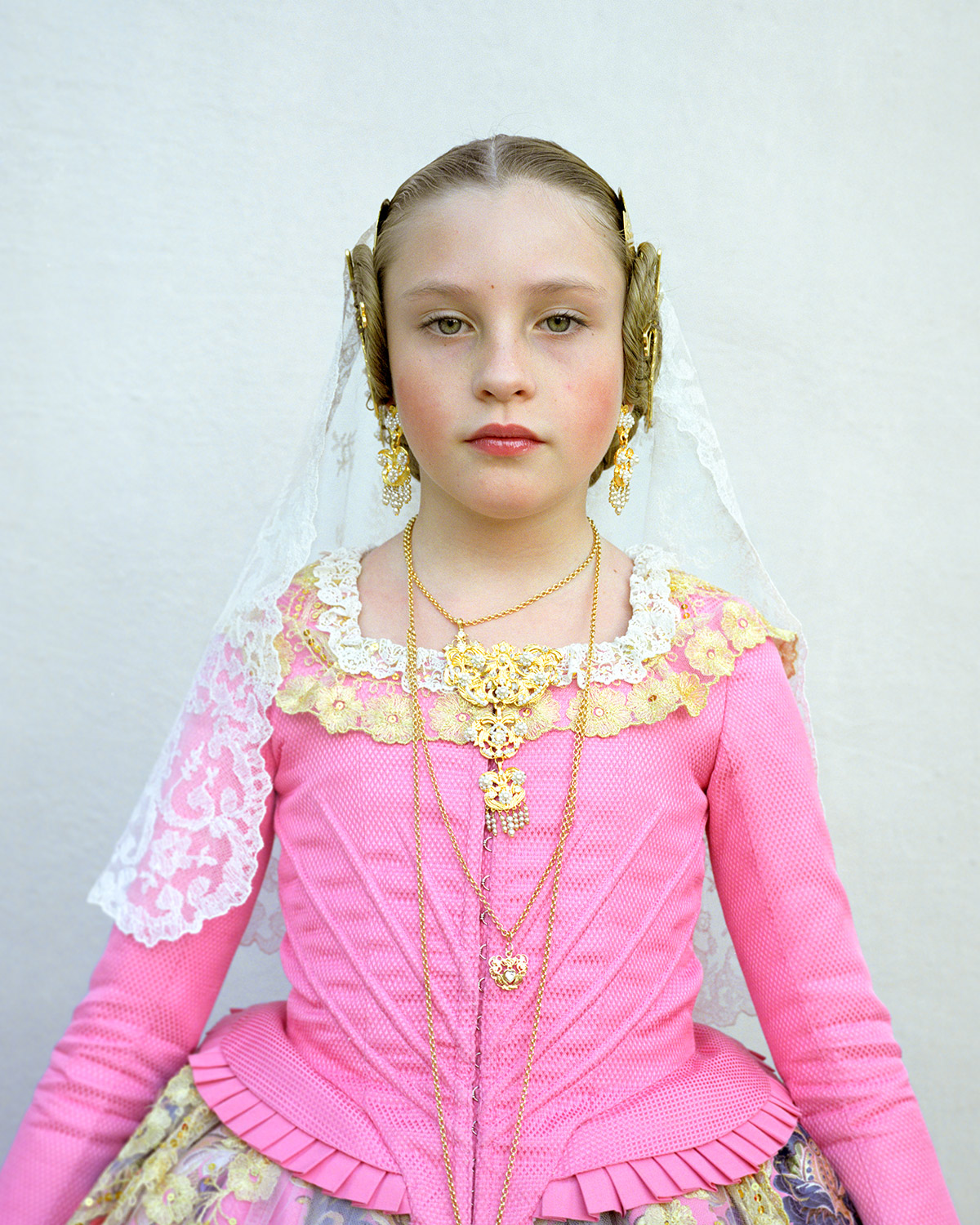 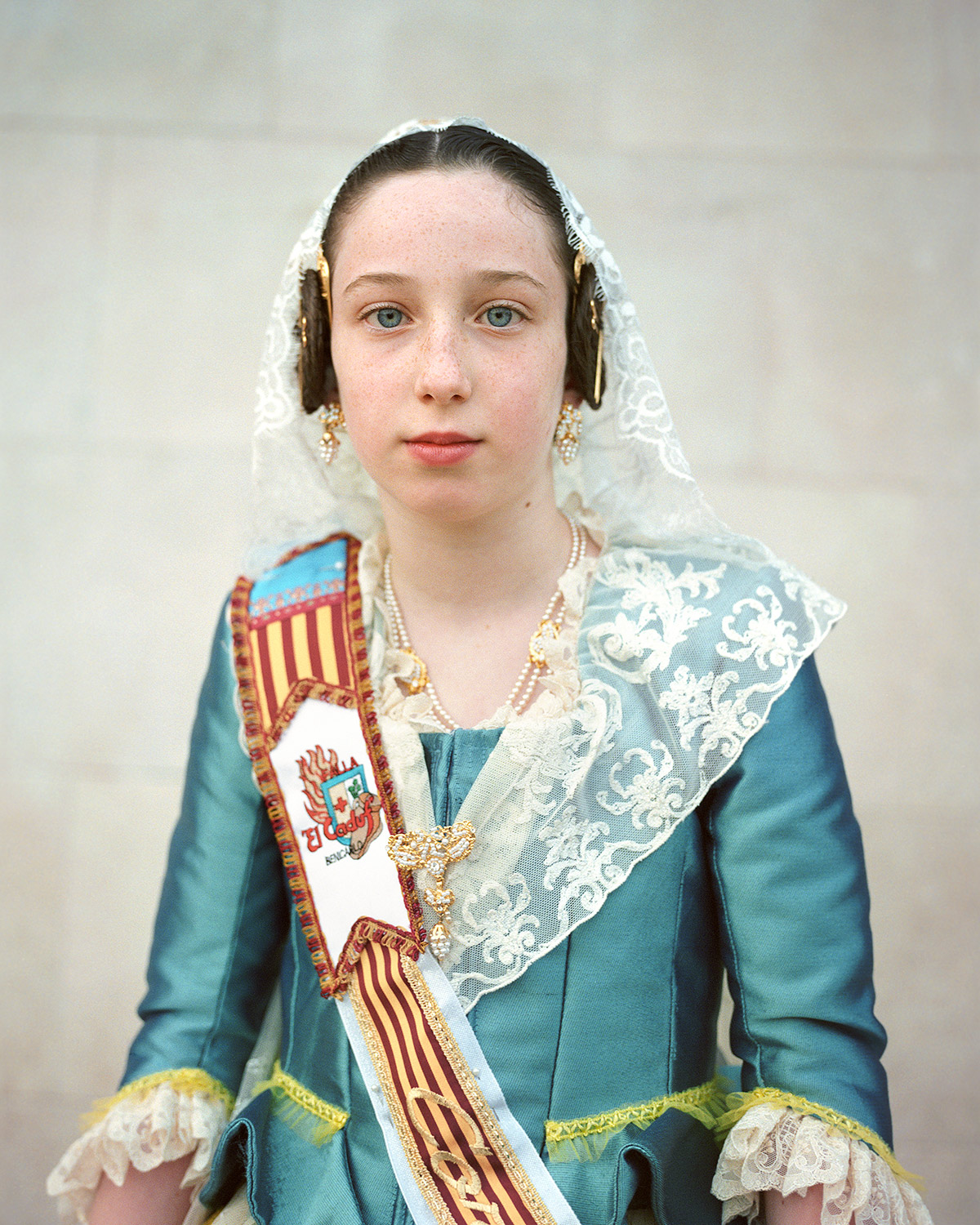 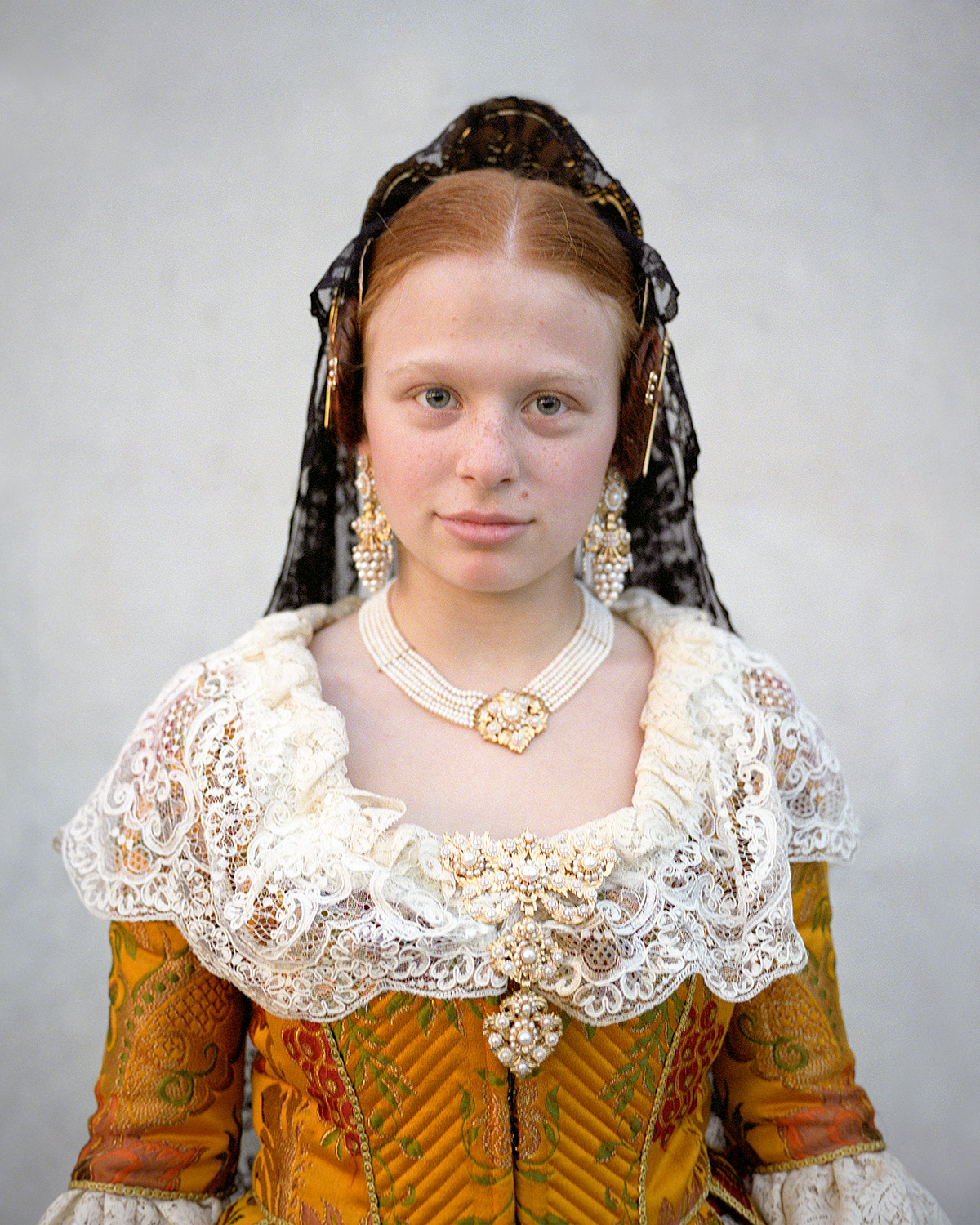 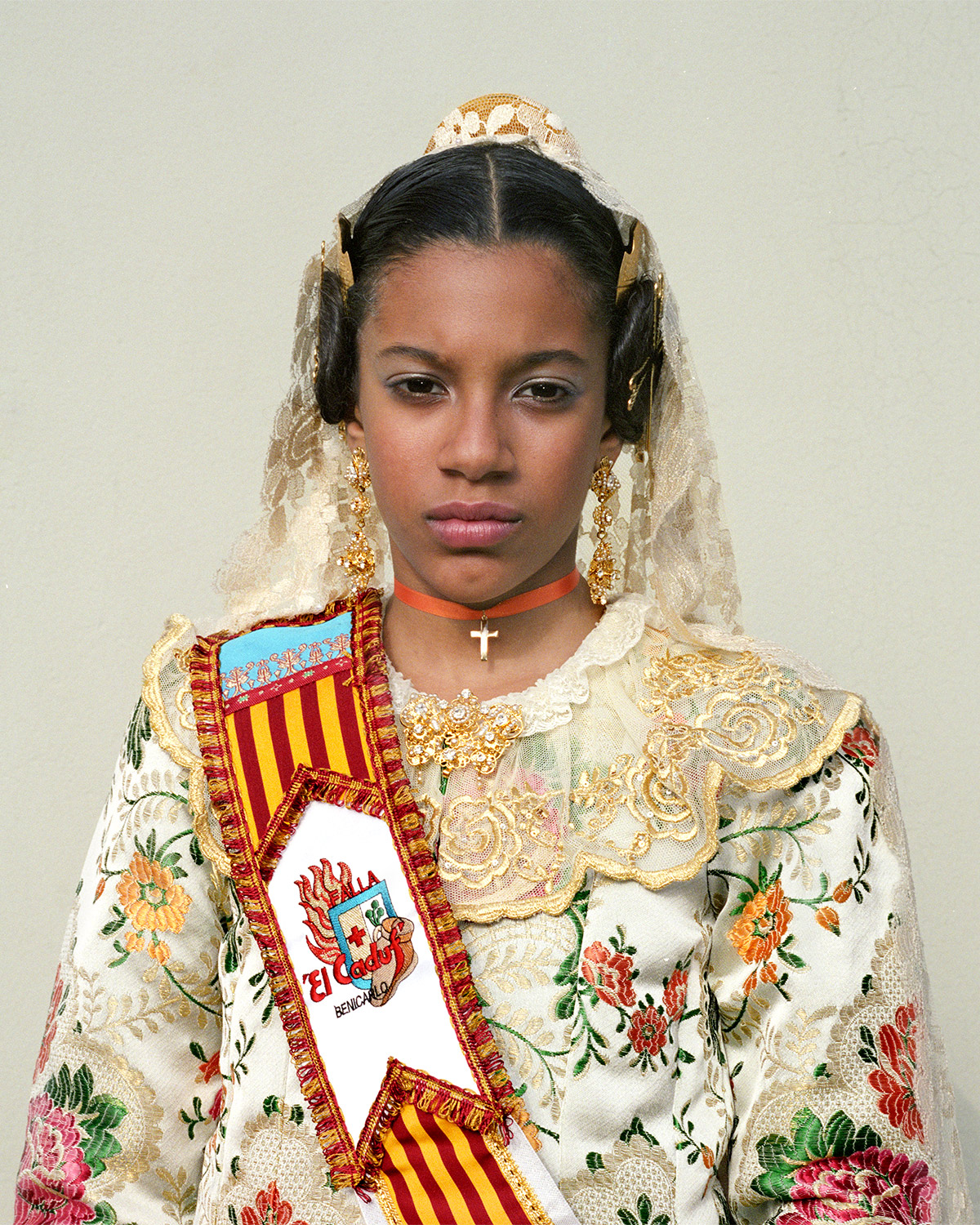 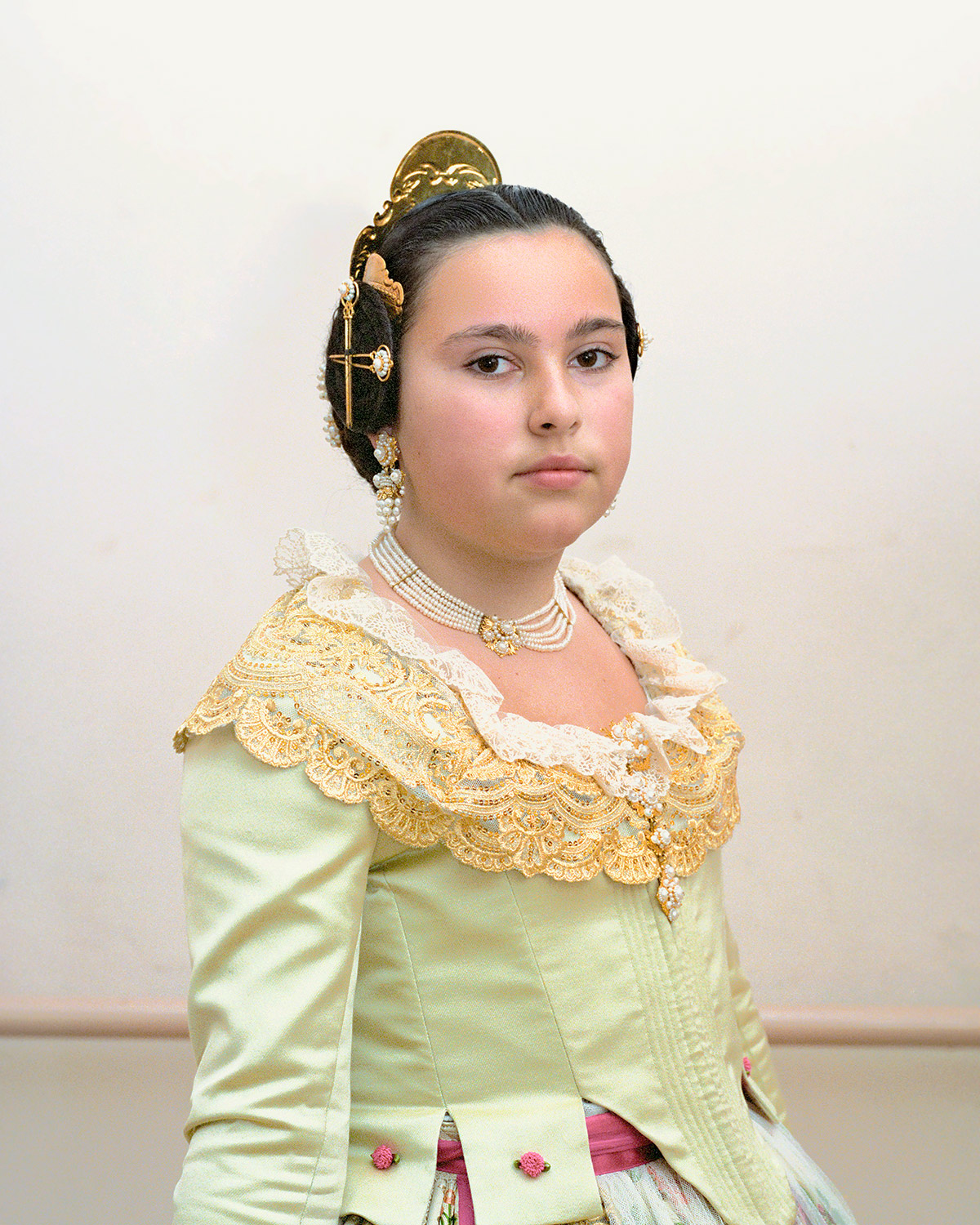 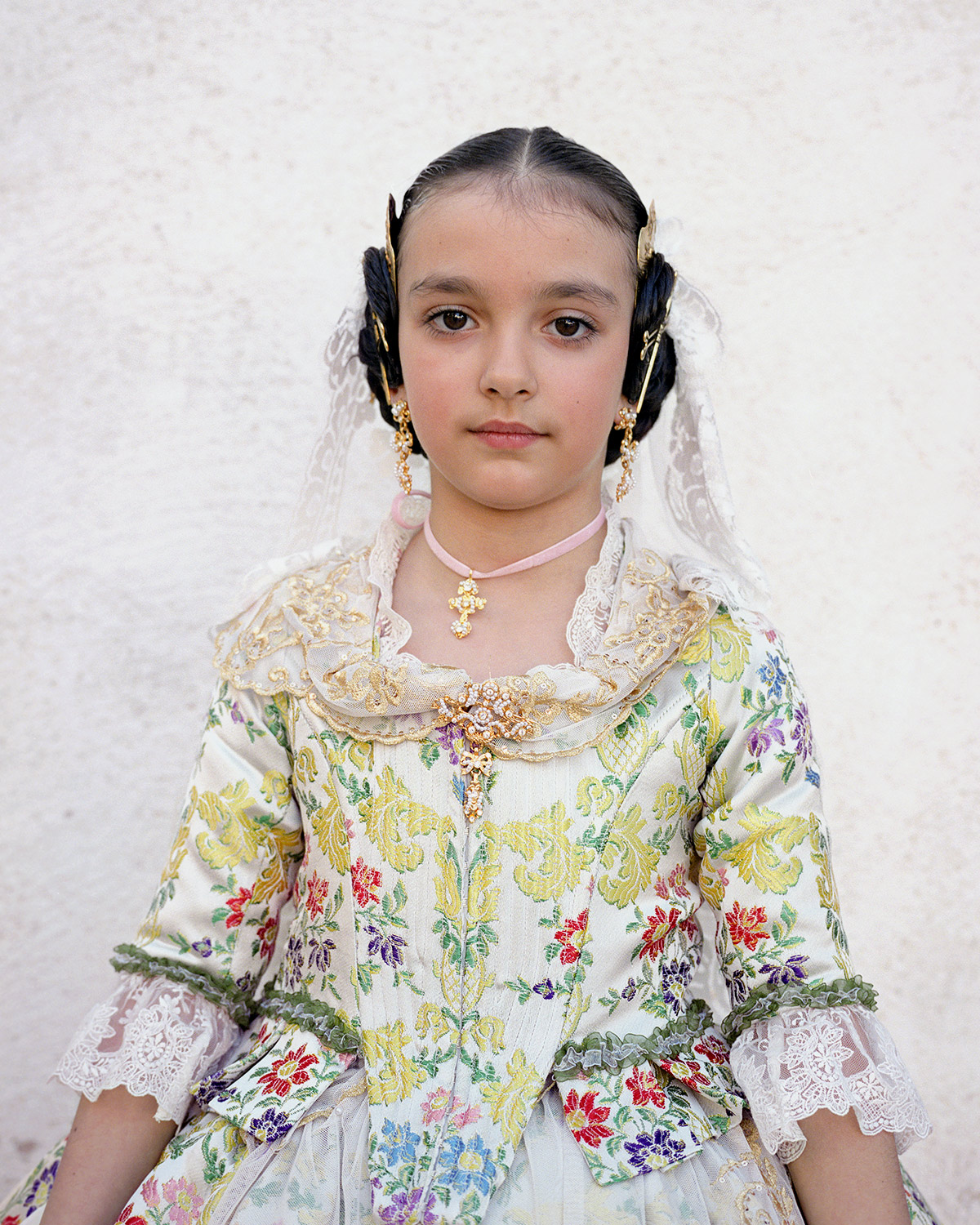 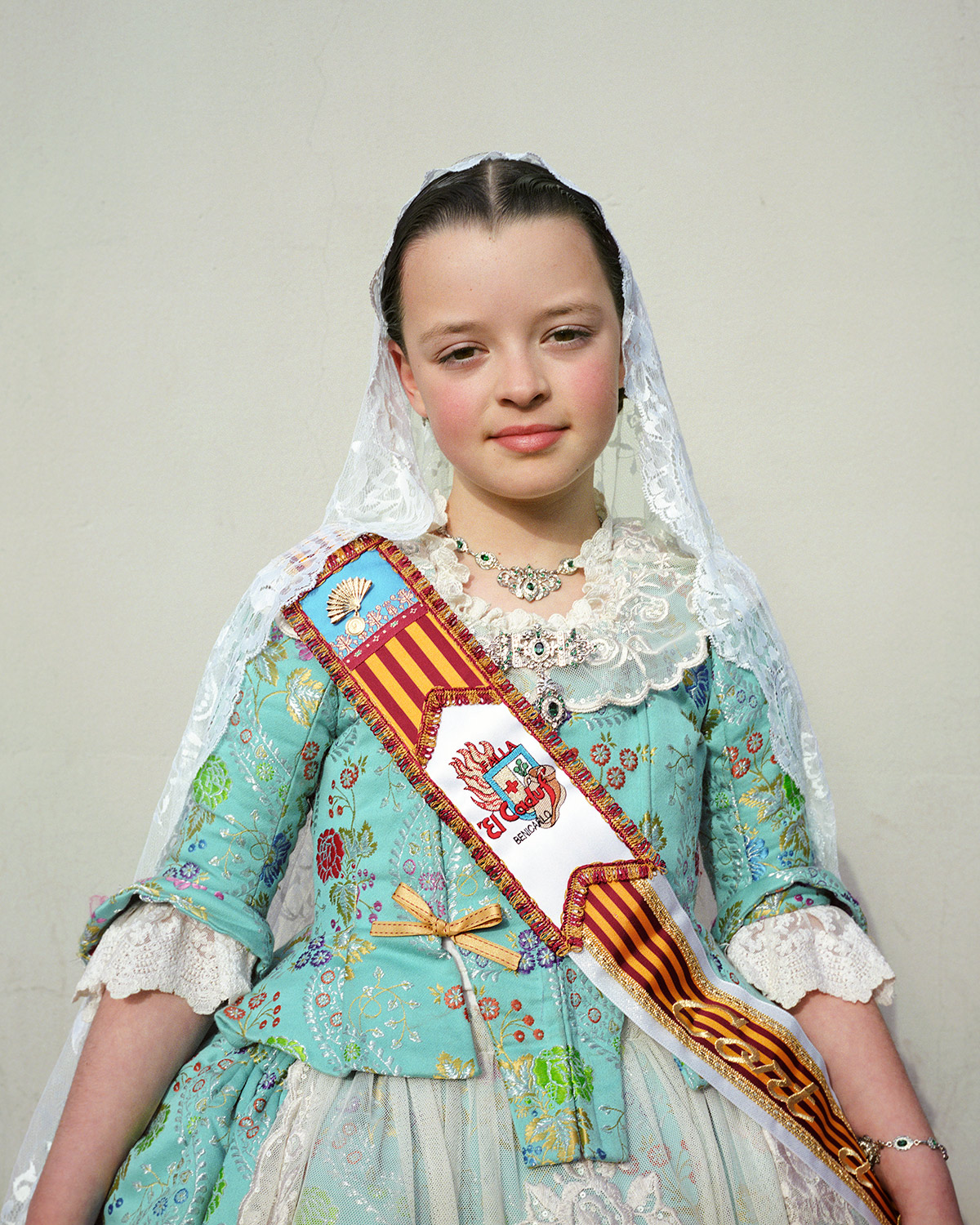 Foc is a series of portraits of young falleres. Falles is a term that refers to the traditional celebration in praise of Saint Josep and takes place in different towns of the Valencian Community in Spain. It involves the introduction of each fallera to society through weekly presentations, religious events, and the burning of up to 30 meters of constructions that are placed in different streets of some of the towns in this region.

I started to work on this project because I was interested in exploring how traditions survive in a
globalized and hyper-communicated world. And how, as the world turns technological and distances between cultures decrease, traditions switch to act on a nostalgic level. I photographed for this series over a period of three months. Most of the falleres I included in the final edit were found in the street and captured using a medium format camera. I consciously decided to include only girls as Falles is a women-oriented tradition. Men have, in Falles, a very specific role: the companion. Women get their hair done and put on their handmade jewelry accessories and dresses. There is, in fact, a big economic effort put on the outfit’s fashion. Dresses and accessories can sometimes cost up to 8000 euros.

I believe the logic that lies underneath Falles is ruled by emotion and beauty. Individuals need to be
part of something bigger and they need to remember the cultural and historical identity where they collectively belong. As time goes by and society turns more scientific, traditions might lose their first “reason why” acting as a sort of tool that reminds people what they once were, bringing them closer to the roots, to their land and historical heritage.